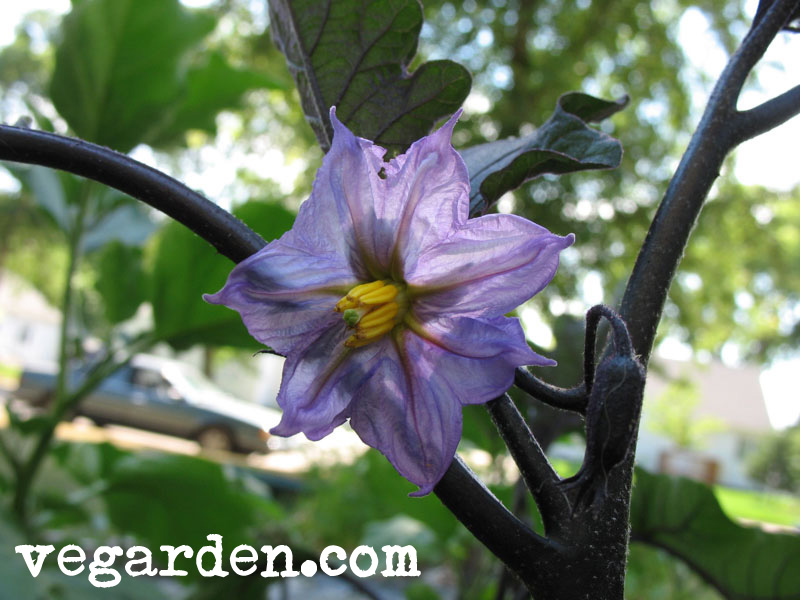 Here’s what an eggplant flower looks like. Our eggplants are loaded with flowers and buds; right now, they look like one of the most promising plants we put in! The potted eggplants grew much more quickly, but the ones in the front yard were quicker to flower – I’ll have to keep track and see which ones produce more.

Our summer squash and pumpkins have all been invaded by squash vine borers. I remember seeing the moths earlier this year around the pumpkins, and asking Chris what they were. We should have looked them up rather than assuming that they were some kind of harmless bug. Anyway, it’s pretty serious and every vine is infested. This morning we performed “surgery” on the plants by slitting open the stems and taking out the worms. We piled dirt over a lot of the stems, hoping that they will send off more roots.

I’m not too optimistic, and I’m sure most of them will die. Since it’s such a small garden, I don’t see any “survival of the fittest” pulling through. We’ll see.

Tip for next year: Apparently, buttercup squash are somewhat resistant to the borer. It takes many years of close watching, crop rotation, deep tilling, and removal of larvae before you can get rid of the problem – and that’s only if your neighbors aren’t growing squash as well. We could try a solid-stemmed zucchini (zucchetta rampicante) to see if that has better results. Otherwise… starting the summer squash really, really early inside and hoping they produce a lot before the larve hatch would guarantee at least some squash next year.

Part of the problem was that we trellised everything. I thought that trellising would mean greater yields, since we only have a city yard to work with. If the plants could have vined along the ground, they probably would have put down more roots! 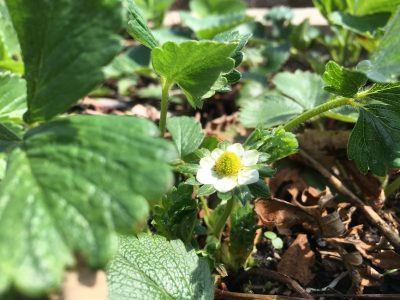 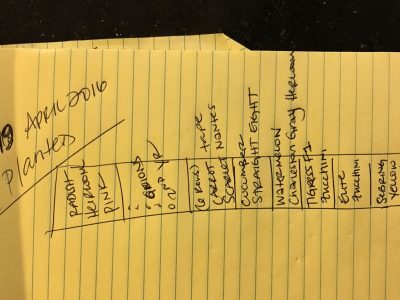