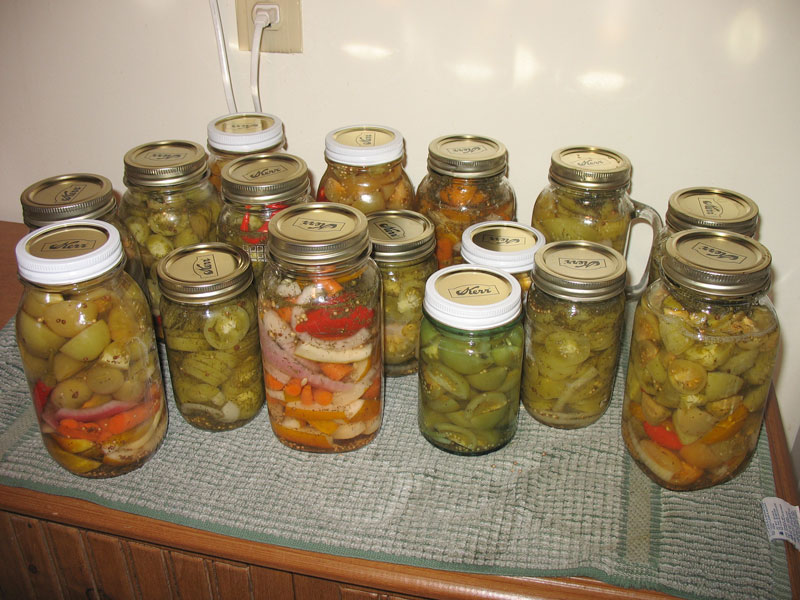 I drastically reduced the number of vegetables hanging out on the counter and in baskets in the basement by slicing them up and pickling them. I really, really hope that we like pickled green tomatoes! I found tons of recipes for them, so I know that someone likes them. Some of the pickles include cucumbers, carrots, onions, and hot peppers. I also made a few pints of sliced green tomato “chips,” which apparently are a delicious replacement for sliced pickled cucumbers.

I ditched the sugar in half of the things I canned this year and went with agave nectar instead. We’ll see how that turns out – most of the pickles aren’t ready to eat yet, but the agave-sweetened refrigerator pickles I made (more in the fridge from yesterday too!) turned out really well.