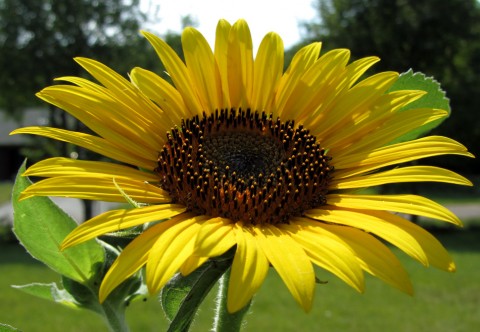 One of my favorite things to shop for in the winter is sunflower seeds (usually from Johnny’s). I bought 6 or 8 varieties for the 2011 growing season, and they are making a comeback this year. Seeds the birds missed are now producing flowers much different from those I planted last year. I’m pretty sure the flower above is a “Sunny” variety – as are the flowers with dark centers in the last picture below.

The flower below is most likely a second-year Big Smile volunteer – from flowers we first grew in 2010. (I prefer the look of the dark centers, so haven’t planted any yellow-centered sunflowers but those, which arrived as a replacement for their Sunny Smile variety). 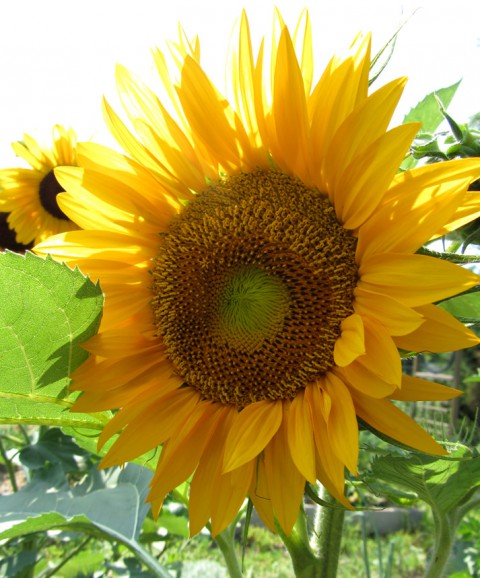 We also have Russian Mammoth volunteers coming up. Those are left over from a seed exchange with a friend in 2009. Unfortunately, young sunflowers are a favorite midnight snack for our rabbits…and so I don’t think we’ll have many giant ones towering over the back of the garden this summer.

I’ve noticed that sunflower volunteers bloom much earlier (probably because they’ve gotten a head start – some of these had two sets of leaves in March!), and the single-flower F1 varieties all branch out the second year. Rather than producing one large head, they produce 3-4 (or more!) slightly smaller heads.

This double-headed sunflower mutant is a Russian Mammoth volunteer. (There were actually three heads this size on that plant!)

We’ve been hovering around 100º F this week, and after a nice 1.5″ rain soaking over night, I expect the rest of my sunflower volunteers will be opening soon! 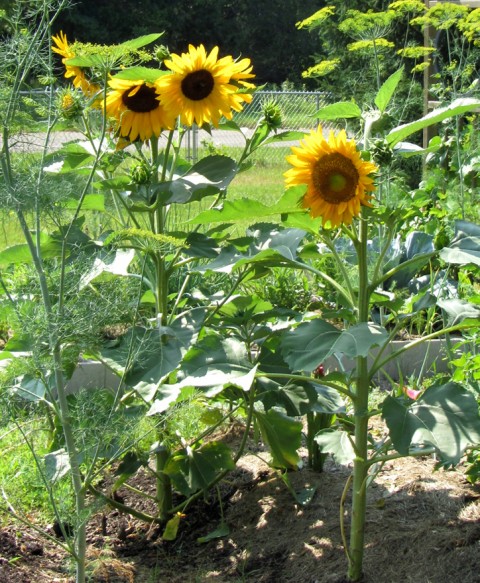 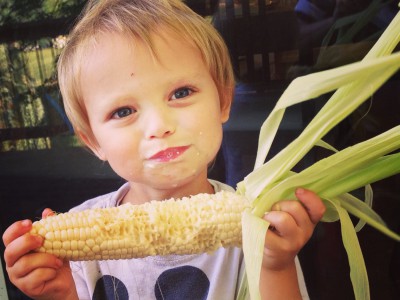 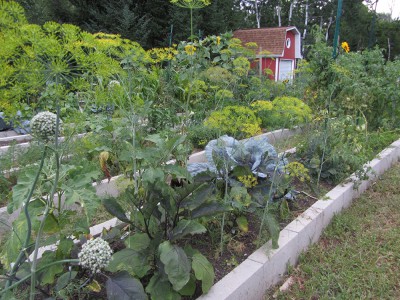 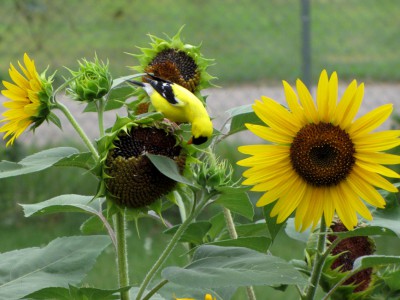