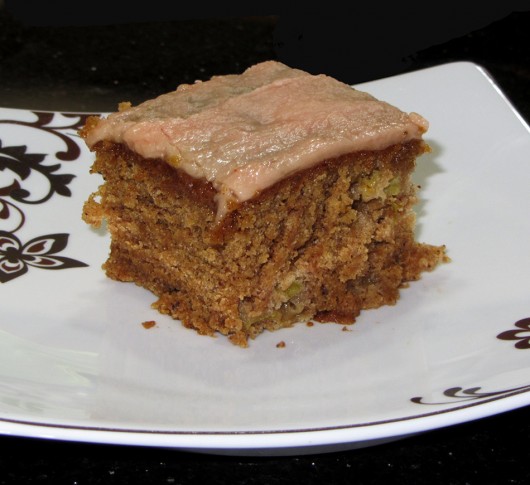 One of Chris’s favorite cakes is rhubarb, so for his first Father’s Day, Cedar and I decided to bake him a cake.

I didn’t find a great vegan rhubarb cake recipe, so I decided to make my own version. For his birthday, I made this fresh ginger cake (with egg replacer), and it was probably the best cake I’ve made to date. This recipe is inspired by the method used in the ginger cake, and is a bit different from many of the standard rhubarb cake recipes out there.

Sift together flour and cinnamon.

In a sauce pan, combine soy milk and vinegar. Heat over medium-high heat until boiling. Quickly whisk in baking soda and add to oil and molasses mixture; mix well. Add flour and cinnamon, mix until well incorporated and then fold in rhubarb. 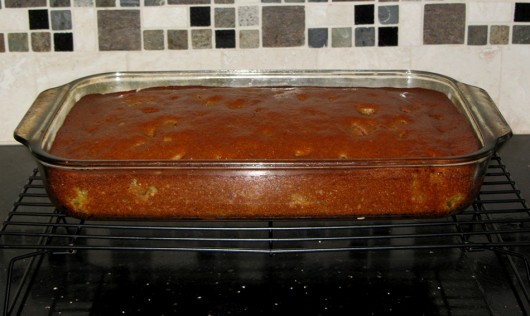 Cook rhubarb with a bit of water in a saucepan over medium heat until soft. Pureé with margarine and vanilla in a food processor or blender. Slowly add the powdered sugar, 1/2 cup at a time to rhubarb mixture. 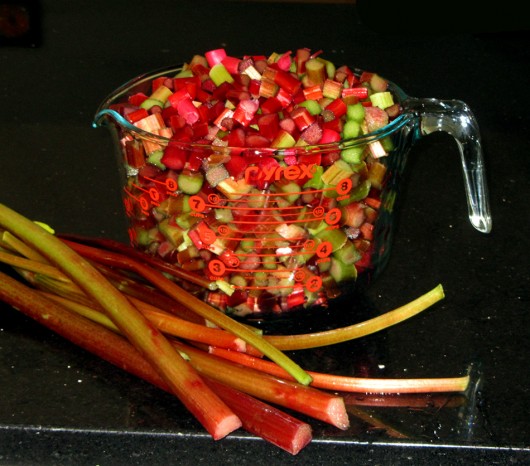 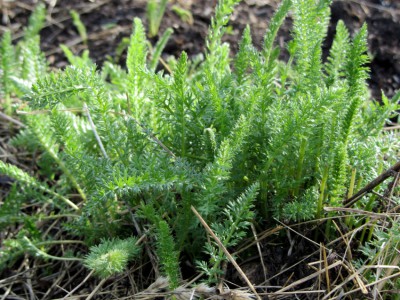