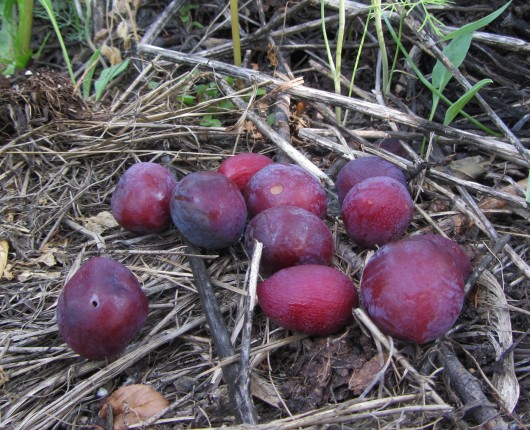 This is kind of sad.

Three years ago, we started a fruit guild in our yard, in which we planted one Nichols Plum Tree. We got one fruit from it the first year, and didn’t expect anything the second year. The third year, we had hot March that triggered early blooming on the tree, only to be followed by a late freeze that killed off all of the plum flowers.

But this year. This year, our Nichols Plum has more than quadrupled in size. It is the largest tree in our fruit guild, and it was absolutely loaded with fruit in May. Here’s the tree (on the right): 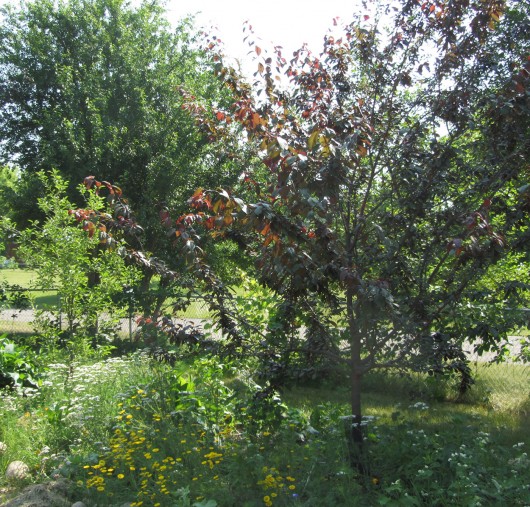 And then the plums started to drop. From what I read, this is normal – especially for a young plum. The tree over-bears, and needs to drop some of the fruit because it simply cannot support it. Okay, so 50% of the fruit gone. Then 75%. Then we are saying, “I hope we get at least a couple of plums this year!”

No. Every last fruit. Every. Last. One.

So, what’s up? I am opening this one up to our readers – is the tree just too young still?

Is it possible that none of the fruits were adequately pollinated? We do have another plum tree, though it did not flower this year and the Nichols is supposed to be self-pollinating. And it did set fruit…

Or perhaps every last one became insect homes? You can see some holes in the fruit in the photo above, but those had also been lying on the ground for a week before I took the picture.

We added a Peach Tree (Puck’s tree…) and a Pear Tree to the guild this spring. I hope that eventually we will see some sort of a fruit crop from the 7 trees we have now! 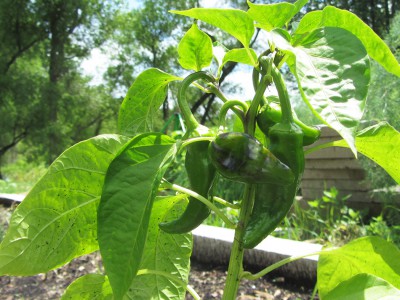 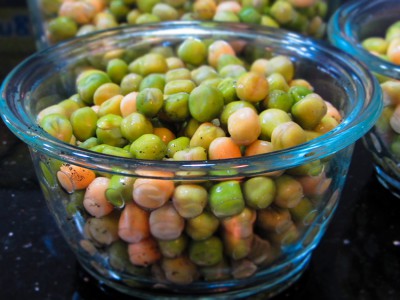 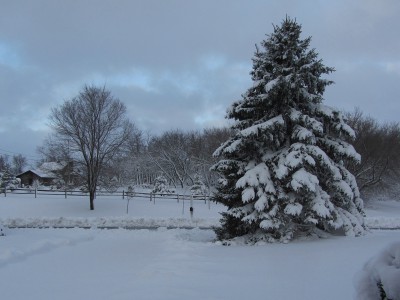